Notting Hill Carnival is on this weekend. Whatever the festival reflects and represents now (party and bullshit and party and bullshit) I’d just like to take a moment to remember and celebrate Claudia Jones, who gave England its first taste of Caribbean Carnival in 1959 in response to the Notting Hill race riots of the previous year.

She was born in Belmont, Trinidad in 1915 and moved to the US at age 9 but was deported in 1955 for her involvement in workers rights and the Communist Party.

She was given asylum in England and it was here that she organized the first London Caribbean Carnival and an Afro-Asian Caribbean Conference which then led to the formation of Committee of Afro-Asian and Caribbean Organisations.

She was a journalist, activist, trouble maker, public speaker and allround badass.

She was also the original Jouvayist because she understood the transformative power of culture and the role that Carnival, the carnival of the masses played in defying the boundaries set by a system designed to make migrants invisible and sub-human.

That first Carnival event she organized in January 1959 in Pancras Town Hall featured the Boscoe Holder Dance troupe, the legendary Fitzroy Coleman and Cleo Laine. It was broadcast on the BBC and funds raised from the event went towards court fees and fines of convicted young black men.

I wonder if a penny from any fete, boat cruise, mas band this weekend is going towards addressing any of the many issues in the Black British community….

It’s unfashionable these days to be critical of Carnival. We have earned the right to wine up ourselves in the streets. To pay ridiculous amounts of money to wear the same costume every year. To dress up and go to fete and adopt postures of freedom and wild abandon.

I love to wine as much as anybody else, but I’m looking at least for a bit of irony, for an undertone of menace for even the shadow of a threat. We don’t even understand the significance of all these English in the street essentially giving thanks for the protests and sacrifice of the generations of Africans and Indians who worked to make this country wealthy and then came here after the World Wars as part of the rebuilding effort.

The ConDem government is telling people to go home  even as we find out just how much David Cameron’s family got in reparations after Emancipation.

I guess it’s the lack of irony that upsets me the most. The total and complete lack of consciousness at how powerful Carnival could be if we weren’t so busy trying to forget the very things that ensured that we have it in the first place. 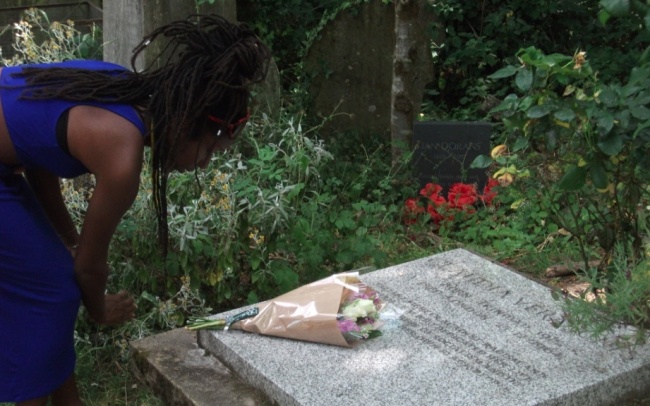